Kendall Jenner and Devin Booker’s back-on romance following their summer split is back off. Multiple sources told People that the model and NBA player broke up in October. They decided together to call it quits due to timing, one source said, and plan to stay in touch.

“Both have incredibly busy schedules right now with their careers and they’ve decided to make that a priority,” another source said. “They have a lot of love and respect for each other and wish only the best.” 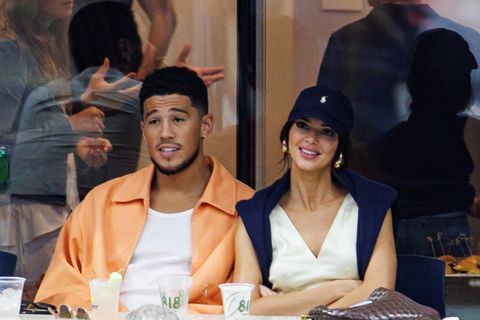 Jenner ended the relationship temporarily in June. A source told Entertainment Tonight then that “Kendall feels like they’re on different paths.”

A second source added that “[they] have had discussions about their future, but they are not on the same page.”

In August, a source stressed to Entertainment Tonight the importance of timing for the couple, and how well they were doing in their relationship at that point.

“Kendall and Devin are doing great. They know that timing is everything, and what is meant to be, will be,” the source said.

Their careers have always played a factor in how well their romance could possibly go, the source added. “Their work, travel schedules, and balancing their professional lives with their personal lives can get overwhelming at times, but their love for one another draws them back to each other.” With their history, Jenner and Booker “can be real and raw with each other and completely and authentically themselves. There’s no filter, and they love that about their relationship.”

Jenner and Booker dated for over two years, and were first romantically linked in spring 2020. They went Instagram official last Valentine’s Day.

Alyssa Bailey is the senior news and strategy editor at ELLE.com, where she oversees coverage of celebrities and royals (particularly Meghan Markle and Kate Middleton). She previously held positions at InStyle and Cosmopolitan. When she’s not working, she loves running around Central Park, making people take #ootd pics of her, and exploring New York City.