Five people were killed and at least 25 were injured after a gunman entered Club Q in Colorado Springs just before midnight and immediately opened fire, police told reporters during a news conference.

At the club, the active shooter protocol was activated—a safety plan that has been in place since the Pulse nightclub massacre in 2016—Club Q owner Nic Grzecka told ABC News, and several people fought off the shooter until police arrived.

The suspect, identified as Anderson Lee Aldrich, 22, has a criminal history. He is currently hospitalized due to the injuries he sustained at the scene, police said. The incident is being investigated as a hate crime.

“Jill and I are praying for the families of the five people killed in Colorado Springs, and for those injured in this senseless attack,” President Joe Biden wrote on Twitter. “While no motive in this attack is yet clear, we know that gun violence has a particular impact on LGBTQI+ communities across our nation.”

Since the shooting occurred, advocates began creating fundraisers, offering mental health services, and sharing locations for blood drives to help survivors and victims’ families. Mourners across Colorado Springs have even organized at least 14 vigils to offer support for the community, and out-of-state supporters have done the same.

Here are ways you can support the victims, as well as the LGBTQ+ community.

Club Q shared an official donation site to help victims of the shooting on its Facebook page Sunday. Donations on the site, Colorado Gives 365, go toward the Colorado Healing Fund, a nonprofit that gives immediate and long-term “financial, emotional, and physical” support to victims of mass tragedies in the state.

There are also several verified GoFundMe pages supporters have created to help.

Greg Resha, a former employee of Club Q, started a GoFundMe page to raise money for the funeral expenses for the victims and the medical expenses of those injured. All funds raised will go to Colorado Gives 365, Resha said.

Good Judy Garage, an LGBTQ-owned auto repair shop in Sheridan, is also raising funds for victims’ funeral expenses, with the hope of raising at least $1,000 per victim. “Our goal is to at least cover 5K of funeral expenses for each of the 5 victims,” the GoFundMe page reads.

Classroom of Compassion, a Los Angeles–based arts nonprofit “dedicated to the cultivation of compassion and creativity within our communities,” set up a GoFundMe page to collect funds and travel to Colorado Springs to set up public altars to honor the five victims lost, as well as a healing youth pop-up space. 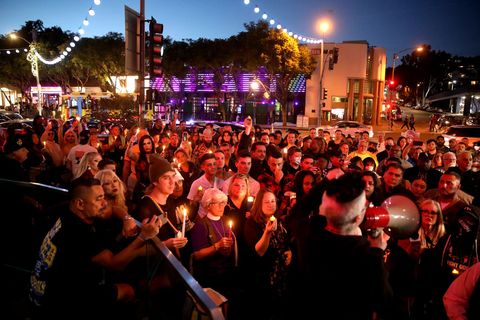 Children’s Hospital Colorado also has a blood donation center at the Anschutz Medical campus in Aurora, open Monday to Friday. 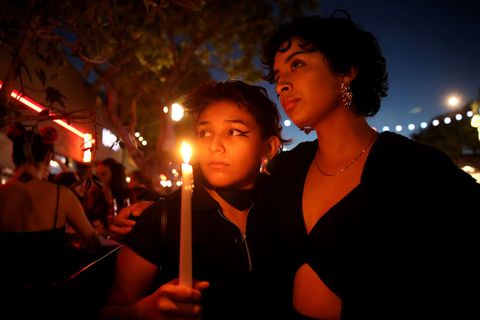 You can join the more than 60 therapists who have offered low-fee or free sessions to those impacted by the shooting.

“Colorado stands with our LGBTQ community and everyone impacted by this tragedy as we mourn,” Colorado governor Jared Polis wrote on Twitter. “I have spoken with Mayor [John] Suthers and clarified that every state resource is available to local law enforcement in Colorado Springs.”

Rosa Sanchez is the senior news editor at Harper’s Bazaar, working on news as it relates to entertainment, fashion, and culture. Previously, she was a news editor at ABC News and, prior to that, a managing editor of celebrity news at American Media. She has also written features for Rolling Stone, Teen Vogue, Forbes, and The Hollywood Reporter, among other outlets.