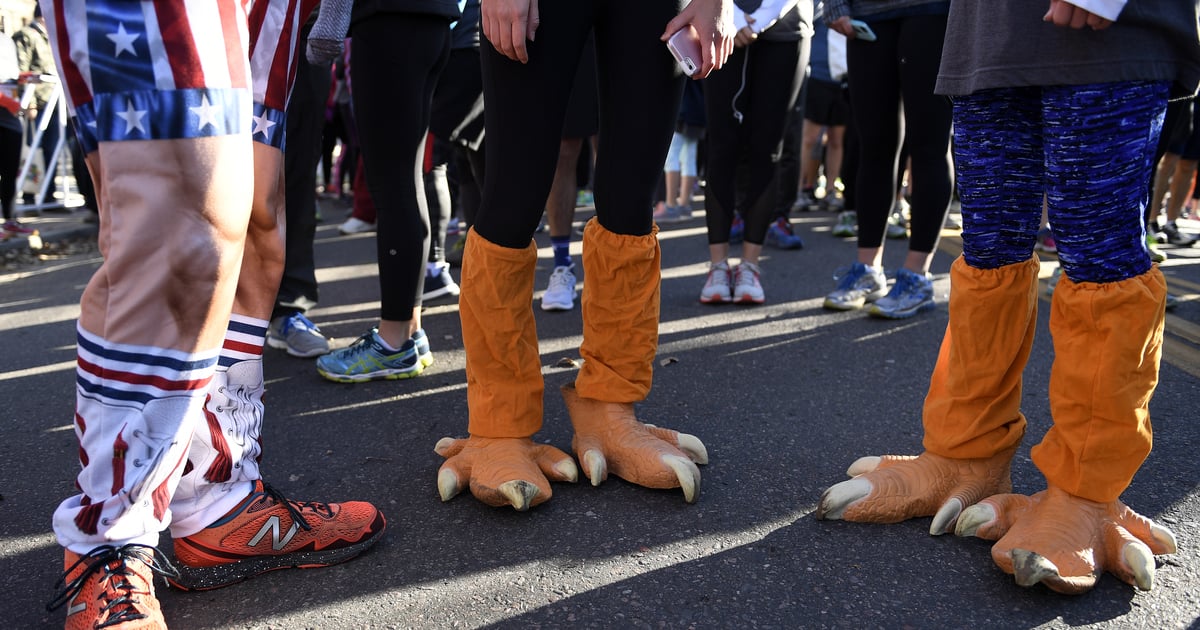 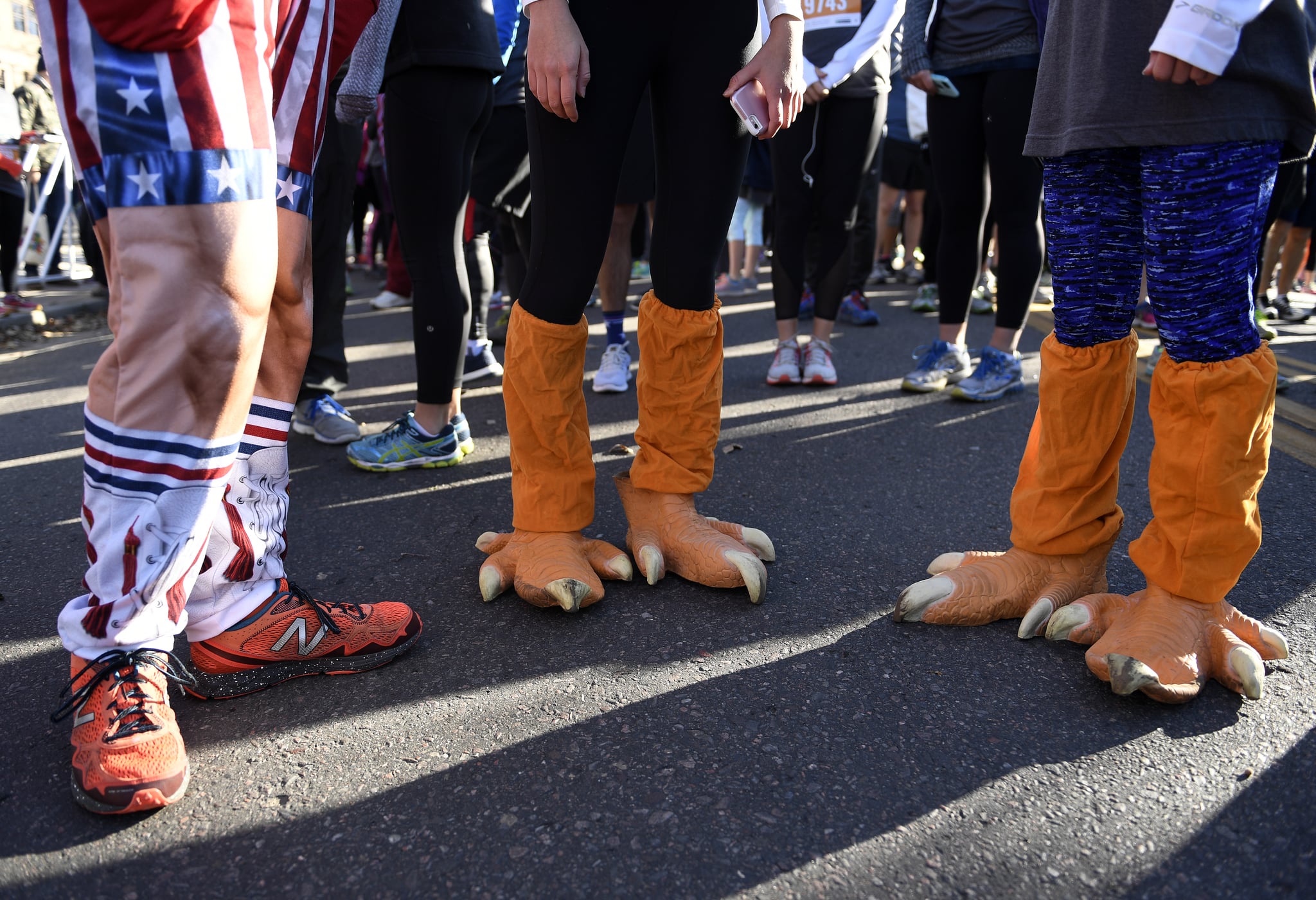 In reality, it’s been quite a few years since “Families Who Turkey Trot” became the butt of the joke, though it’s hard to know where or when precisely the trot-bashing started. It very well may have been this viral 2017 tweet that declared, “One of my biggest fears is that I’ll marry into a family that runs 5ks on holidays,” and was retweeted more than 9,000 times. Five years later, the sentiment is still going viral, just on TikTok.

But a better question than “when” is “why?”

Does Gen Z just hate cardio? Are turkey-printed leggings just too close to cheugy territory? Or is this part of the general contempt for healthy-lifestyle overachievers? You know, the way you kinda want to punch people who throw their “I woke up at 5 a.m. to work out, dream journal, and make a three-course breakfast before work” in your face over coffee. (They’re probably drinking mushroom coffee, though.)

The disdain for turkey trotting is understandable if you’ve ever been forced to attend: waking up early to run, walk, or volunteer at a race, during potentially freezing temps and after one of the biggest bar nights of the year can be absolutely goddamn miserable. Even worse if you’re stuck doing it blindingly hungover and with your in-laws. But if you want to be there, or are willing to just open your mind to the experience, turkey trots can be pretty fun. At the very least, they’re not worthy of the scorn they seem to inspire.

These races are an excuse to dress up in a goofy costume (the ultimate kind of dopamine dressing), connect with your family, friends, and community, and get outside and move. For many people, approachable races like turkey trots are the perfect goal or motivation they need to start walking, running, or training consistently. A few miles in a drumstick headband can be a gateway race to falling in love with running or exercise in general.

Even if you show up to jog or stroll the miles with no prep — and no plans to continue doing so after the holiday — you’ll get all the stress-relieving, mood-boosting benefits of doing a little cardio outside. (Who doesn’t need that before hours with your extended family?) At the very least, a turkey trot offers an ideal moment to practice gratitude for the fact that you’re alive and can move, in whatever way gets you across the finish line. Only spectating or volunteering? You still get to delight in the absolute circus of people attempting to run in turkey, fork, or pilgrim outfits.

Even more ~elite~ runners (some of whom have taken to making fun of turkey trotters the same way black-diamond skiers rag on Jerries) can take something positive from the experience: it’s the perfect nudge competitive runners might need to release any pressure or expectations and rekindle the joy that brought them to the sport in the first place.

Plus, you might get an apple cider donut, some hot chocolate, or a beer at the end. What’s not to love?

I don’t understand the judgement for turkey trotters

If you run multiple marathons every year and hate running a turkey trot…ok…cool!

Who cares, y are we so judgmentmal about this?

There’s one beef people have with turkey trots that I can absolutely get on board with, and that’s the fact that too often, they’re presented as a whole to “earn your food” before a Thanksgiving meal. That’s not OK, to say the least. Exercise shouldn’t ever be used to “balance” or “earn” food, and no one ever needs to feel guilty for something they eat. Diet culture has tried to horn in on the tradition, and it has no place there. Really, the original turkey trot had nothing to do with burning calories. Most sources point to the 1896 YMCA Turkey Trot in Buffalo, NY as the first established race of its kind, with just six competitors — yes, “competitors,” not “trotters” — in its inaugural year. It was a real running race, created for sport, not for calorie burn.

Since that 1896 Thanksgiving Day, turkey trots have lost some of their competitive edge and become a simple and silly celebration of the holiday and of movement — a tradition to share with loved ones, much like watching a parade. The same way that you should be able to happily eat whatever you want later, turkey trotters should be able to run a 5K if and however they please. (And for the record, if your parents or in-laws are forcing you, that’s a them problem, not a turkey trot problem.) These runners are out there dressed like food, running for endorphins, camaraderie, and a cheesy finishers medal, and you want to take that away from them?