Actress Jennifer Grey isn’t one to shy away from tough subjects. She’s been vocal about getting a nose job and how it made her feel invisible, and she even penned a memoir about her time in the spotlight, Out of the Corner, which debuted earlier this year. The 62-year-old is getting candid with Prevention about her hair loss journey and how she’s restoring her tresses.

Having sported voluminous curls for years, hair was a key part of Grey’s identity. “I’ve always had a lot of hair and I’ve always been known as the girl with a lot of hair,” she says. “It was something that just came into the room with me and kind of made an impression, but [now,] I wasn’t going in any rooms and I wasn’t making any impressions, I was just in my house.”

When Grey was finally able to go to a salon, she consulted her hairstylist. Grey recalls telling her stylist: “I don’t know what’s happened to my hair. It just doesn’t feel as good.” Still, she realized that the change was subtle. “It wasn’t balding, there was nothing I could point to. I only mentioned it to my hairstylist because I trusted her, and she told me that I had to go see Harklinikken.”

There are so many hair loss treatments that say they make the best products for thinning hair. But after consulting with her personal stylist, Grey decided to take a chance and to make a consultation with Harklinikken. Grey said that at first, she was hesitant…even skeptical. But when she met the founder of the brand, she changed her mind. “He looked at my hair, and he explained to me what was happening…I immediately knew I was speaking to someone who cared and who had devoted his life to scalp health and treating hair loss.”

Harklinikken founder Lars Skjøth explained to Grey that “hair health is completely contingent on scalp health.” She tells Prevention that the connection between scalp health and hair growth “never even occurred” to her. “Scalp is a continuation of our skin, that we care so much about taking care of,” she says, “but I was using all these products and covering up the fact that my hair quality was declining.”

Harklinikken also explained that the changes that Grey noticed in her hair were age-related, too. And there’s research to back this up. One study found that more than half of postmenopausal women will experience female hair loss. “I never considered myself someone who would be a candidate for hair loss because I always had so much,” Grey says. She points out that she didn’t know how much her hair thinning had become a problem until it started to get better. “I didn’t know what I was missing because [the hair loss] was so subtle and gradual.”

After her consultation with the brand, Grey says that founder Lars Skjøth taught her how to use three simple products to get her hair back on track. “It’s only a few products and it’s very simple,” Grey says. One interesting step, which Grey was concerned about at first, was washing your hair every day. But, she says once her scalp was clean, she started noticing progress.

“I could not believe the dramatic difference in the before and after pictures, all of the hair line had filled in, my part became tighter, and my hair just kept growing.”

Although she discovered her hair thinning while in isolation, Grey says that by the time quarantine restrictions were lifted, her hair felt better than ever. “I was alone during the pandemic and not really out and about, but by the time I came out of the pandemic, my hair was ready.”

Now that Grey has seen the results herself, she has become one of the many celebrity ambassadors for Harklinikken, and swears by their products. 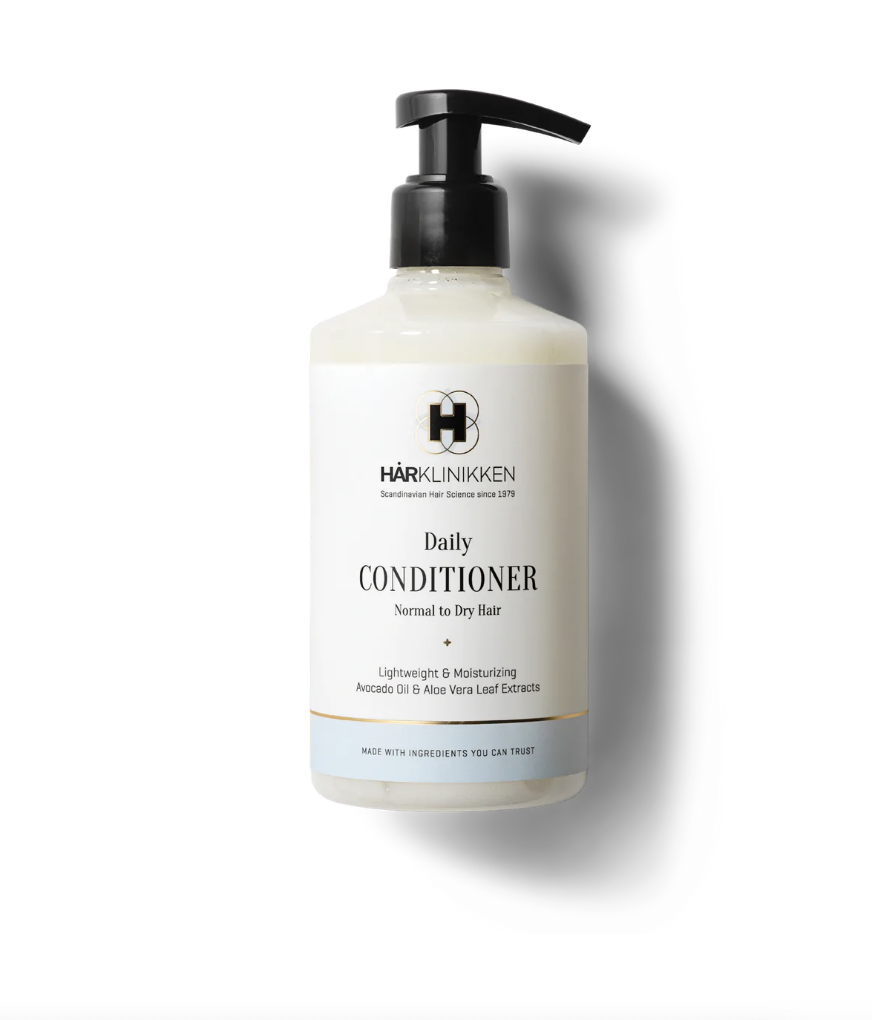 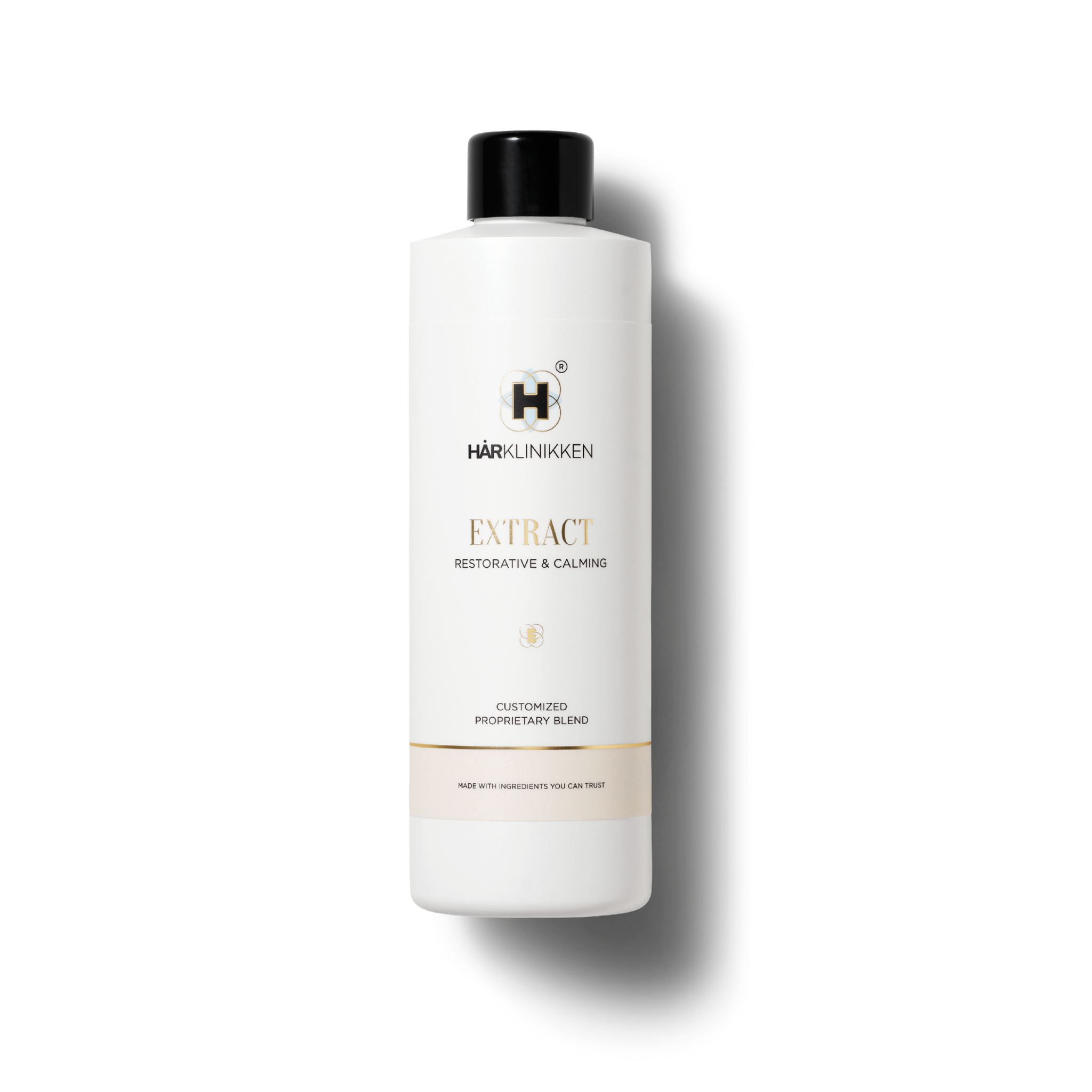 Grey admits that she’s been lucky in her own journey, and says she doesn’t take anything for granted. “I’m happier because I’m older, I’m happier because I’m happier, and then I get to have the added bonus that my hair is better, it’s kind of like a cherry on top.” She says that “if you’re unhappy, your hair isn’t going to make you happy. But if you’re happy, your hair can make you happier.”

When we asked Grey if she had any last words of wisdom for women who may be struggling with hair loss, she said “love yourself and continue to love yourself as you get older. You lose some things, but what you’re gaining so far outweighs what you’re losing if you do it right and you know how to adapt.”

Now that’s a message worth repeating.

Madeleine, Prevention’s assistant editor, has a history with health writing from her experience as an editorial assistant at WebMD, and from her personal research at university. She graduated from the University of Michigan with a degree in biopsychology, cognition, and neuroscience—and she helps strategize for success across Prevention’s social media platforms.