When we look back on photos from the first two decades of the 21st century, it will perhaps be tougher than ever to pick the era from the clothes. These were decades of constant change; when trends cycled in and out more quickly, and men discovered a new appreciation for what they wore and why they wore it.

Those shifts were thanks to these 10 men, who inspired guys the world over to try new things with their wardrobes. It wasn’t all good, and it certainly won’t all look good in the pictures. But god damn it was exciting.

André Lauren Benjamin entered the 21st century in clothes as flamboyant as his rhyming style. And for the next 20 years, he continued to push boundaries lyrically as well as sartorially. Long flying against rap’s prevailing style winds, he fashioned a hip-hop spin on golf attire a decade before Tyler, The Creator. With his pocket squares, tie pins and wide-brimmed hat, he also set the template for the #menswear movement (although he wore it with a knowing irony that the Pitti Peacocks never managed to emulate). Tom Ford left the 2010s the same way that he started the 2000s; in a black suit with a white shirt, unbuttoned almost to the navel. In the intervening period, he proved not just the power of having a uniform, but also the importance of flexing it – he tried his signature look in double denim, in suede and in all kinds of velvet. Uniforms were big in the first two decades of the 21st century, but unlike Steve Jobs, Mark Zuckerburg and Barack Obama, Ford showed that it’s about embracing consistency, not a sartorial straitjacket. 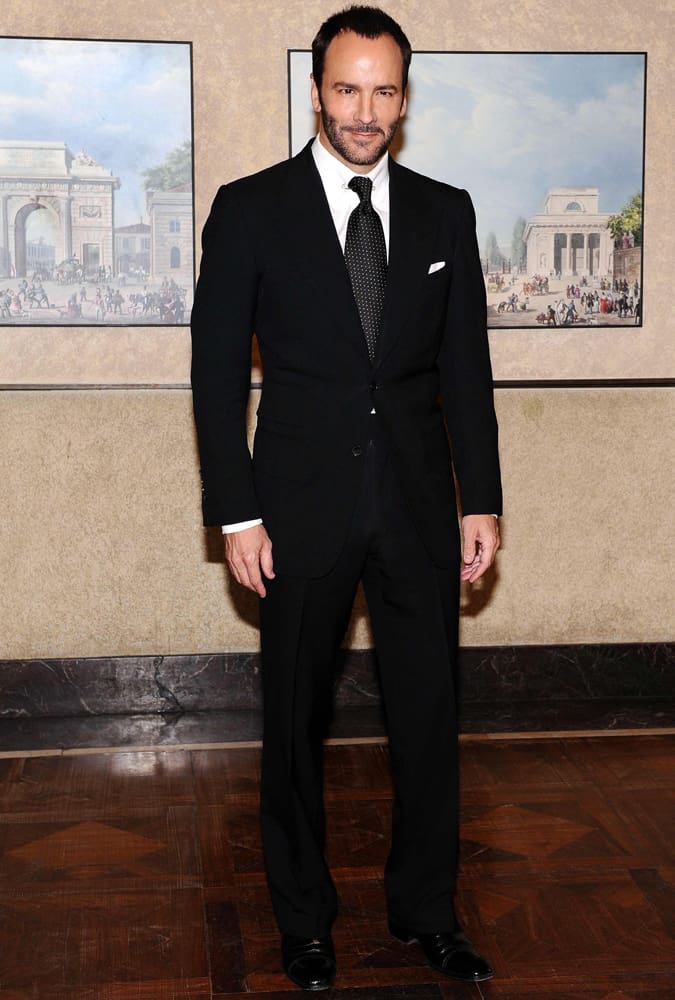 The archetypal bad boy done good, Jay Z’s transition from New York coke dealer to world’s wealthiest rapper came with a commensurate shift in his wardrobe (not that we’re saying the two are linked). At the start of the century, his Rocawear label helped define mid-00’s rap’s loose, sportswear-inspired aesthetic – the one we all adopted a decade later. As we did, he shifted to boss-worthy suits from a bevy of in-the-know designers: Dries van Noten, Alexander McQueen, Alessandro Michele’s Gucci. Yet again, it’s time to steal his moves. You might have 99 problems, but your wardrobe needn’t be one. Not content with reinventing what streetwear meant, Kanye finally made good on years of boastful lyrics and became a bona fide fashion icon, both on the runway and in the street. For all the trends sparked by Mr West, perhaps the most enduring is the colour palette he’s lived in since founding his Yeezy line. With shades of dusty pinks, drab olives and military-inspired khakis locked in, he’s been free to experiment with silhouettes and fabrics, which have helped him carve out an aesthetic that’s distinctive, but also always shifting. 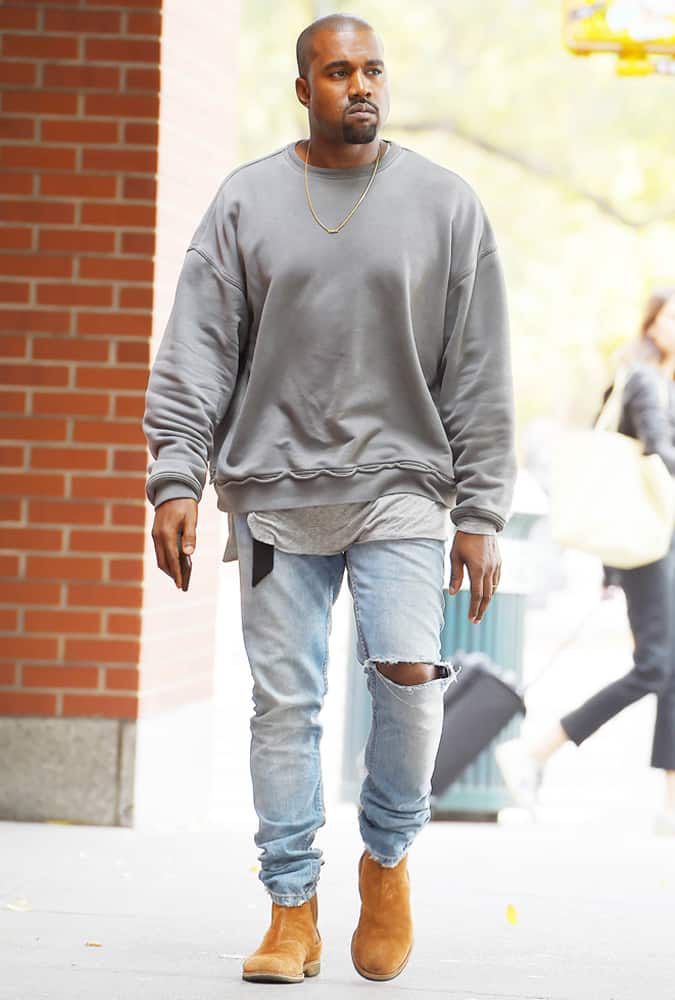 More than anyone else, David Beckham was responsible for a generation of men taking an interest in what they wore. Perhaps it was because he came to style from the hyper-masculine world of football, but Becks seemed to polish away the feminine gloss with which fashion had, unfairly, been painted. He broke trends on the front pages of newspapers, could make particular items sell out overnight, and almost single-handedly kickstarted the male grooming industry. We all moisturise now, and we’ve got David Beckham to thank. In the opening act of the 21st century, men’s fashion took on a level of theatricality it had never had before. Through it all, Ryan Gosling became one of the best-dressed men in the world by taking a leaf from the Hollywood stars in the mould his own career was forged: Steve McQueen, Paul Newman et al. His look, with its elevated workwear, fitted suits and occasional curveball knits, was classic menswear with a modern twist, which sampled from every decade since the 1950s to create something that felt completely current. In the 2000s, high fashion’s relationship with hip-hop shifted from outright hostility to begrudging acceptance. By the close of the following decade, the two were intimately entwined, with brightest names fronting campaigns for the biggest houses. That shift was largely thanks to A$AP Rocky, whose blending of runway fashion and authentic streetwear transcended both, to become arguably the defining trend of the last half of the 2010s. Even if you never wore a Dior suit made from patchwork denim, you almost certainly embraced his rule-breaking attitude at some point. Gender-fluidity was fashion’s buzzword in the 2010s, but it rarely transitioned from the runway to the real world except in genderless jeans. But by channelling Prince and Bowie, Harry Styles reinvented himself post-One Direction in a succession of flared, ruffled and pussy-bowed outfits, mostly custom Gucci, but also courtesy of Vivienne Westwood, Burberry and Charles Jeffrey Loverboy. In doing so, he proved that the most masculine way to approach your wardrobe is to embrace your feminine side. The original rap mogul, Puffy’s Sean John clothing label wasn’t just instrumental in ensuring the fashion industry took rapper-helmed lines seriously; it also (alongside Rocawear and Ecko) set the template for what hip-hop looked like in the first years of the millennium. Granted, there’s more than a few looks that should be left back in the noughties – ankle-length fur rightly isn’t as aspirational these days – but Diddy ticked off logomania, double denim, oversized outerwear and sharp tailoring, long before those trends hit the runway in the 2010s. When the Arctic Monkeys first emerged as an exciting but underground band, the band’s frontman, Alex Turner, looked exactly like what he was: an indie lad from Sheffield. But a few years on, as they cemented their place as one of the biggest acts on earth, Turner swapped the skinny jeans, feather cuts and sports tees for a modern spin on rockabilly, all Cuban collar shirts, wide-lapelled suits and even two-tone brogues. He helped set the tone for a decade in which style felt more fluid; now, a man could switch between aesthetics like he changed his haircuts.