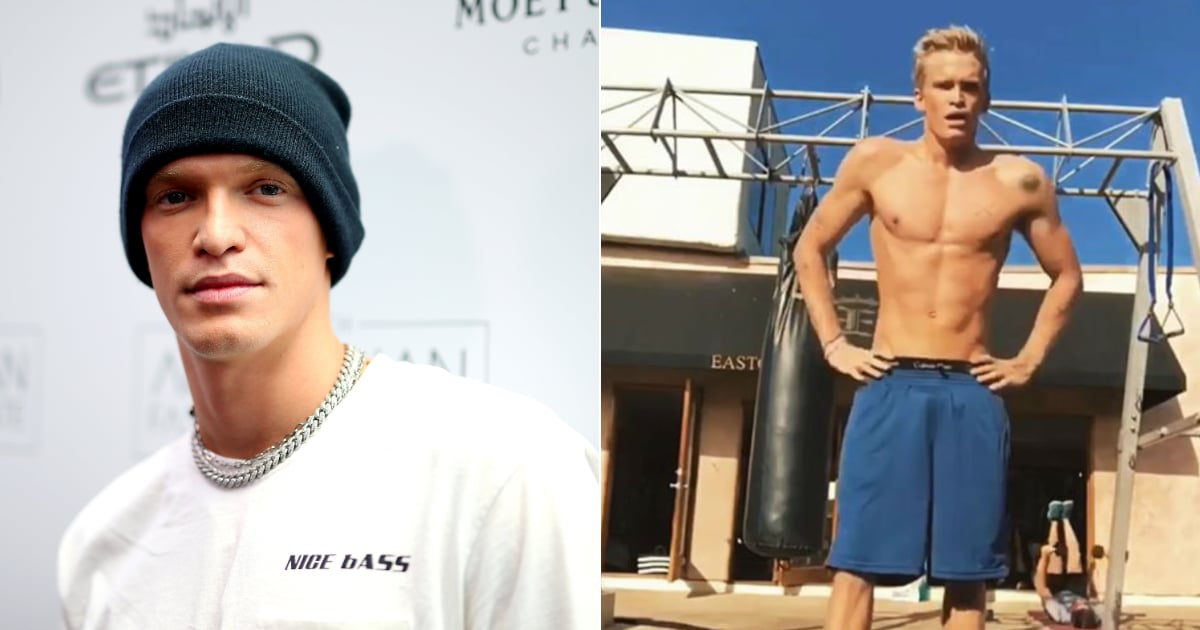 If you haven’t heard the news or seen the footage on social media, Cody Simpson and fellow musician Miley Cyrus are an item now. “It’s fantastic, she’s wonderful,” Cody, 22, said on Studio 10 earlier this month of the 26-year-old. “We’ve been friends for a very, very long time. . . . I think we both understand each other’s lifestyles very well, and she’s very passionate and very creative. I’m quite mellow most of the time and she’s very outgoing, and I think we balance each other out.”

Cody has also been in the news recently for winning the first season of The Masked Singer Australia. The uber-talented Australia native is also, as it turns out, a phenomenal swimmer. Cody won national titles before coming over to the US to pursue his career in Hollywood. According to Coca-Cola Australia, whom he spoke to three years ago, Cody got gold in the under-12 100-meter butterfly final and the 200-meter individual medley at the Queensland Swimming Championships. Back in 2013 on HuffPost Live, Cody said that from age 10 through 13 he was “starting to get really serious with my swimming. I was the best in the country for my age in like every stroke,” adding that he probably would have pursued that if he didn’t shift his focus to the music industry.

Cody revealed that both of his parents were Australian champion swimmers as well, and he called swimming his “first passion.” He even had dreams of making it to the Olympics one day. Cody started getting back into the water more consistently in 2016, explaining, “It’s a good form of exercise for me and the best part is I still feel a buzz when I’m in the water — the passion is still there.” Cody is now reportedly a member of the University of Southern California (USC) Trojan Swim Club (view their roster here).

Ahead, check out videos of Cody’s serious swimming skills along with workout videos that showcase just how athletic he is. Many of the fitness routines he shares on Instagram are swimming-related. As he wrote in one of his captions, “I rarely use weights & keep it mostly body weight strength, mobility & a sh*t-ton of core. Stay loose!” Get ready to dive right in!