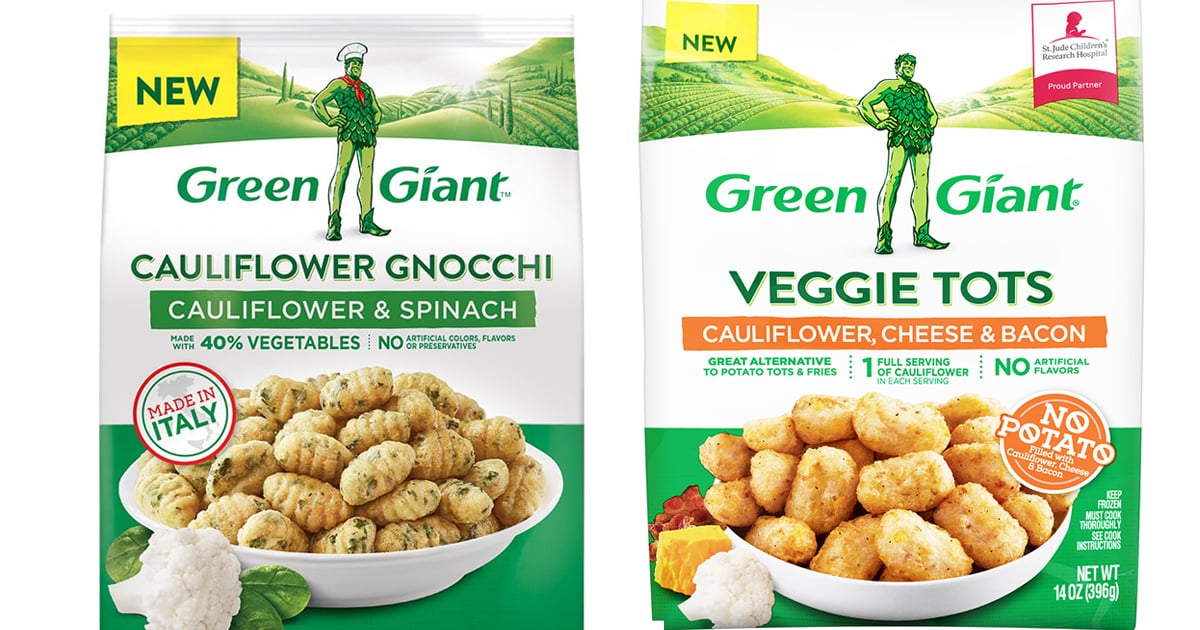 Green Giant released cauliflower pizza crust last year and finally has a whole slew of new cauliflower products because, well, it’s a food trend that deserves to stay. The longtime provider of frozen foods has introduced new veggie-based swaps for gnocchi, hash browns, and tater tots, and you’re going to want to make some room in your freezer.

In addition to regular cauliflower gnocchi, which brands like Trader Joe’s have helped catapult into popularity, Green Giant has spinach cauliflower gnocchi (and it’s made in Italy!). For a nice-meets-naughty snack, there are also tater tots made with cauliflower, cheese, and bacon. These exciting new Green Giant launches are rolling out at Walmart and other retailers, so if you’re continuing your hunt for lower-carb alternatives to your favorite flour-based foods, be on the lookout. Get a look at each item ahead.