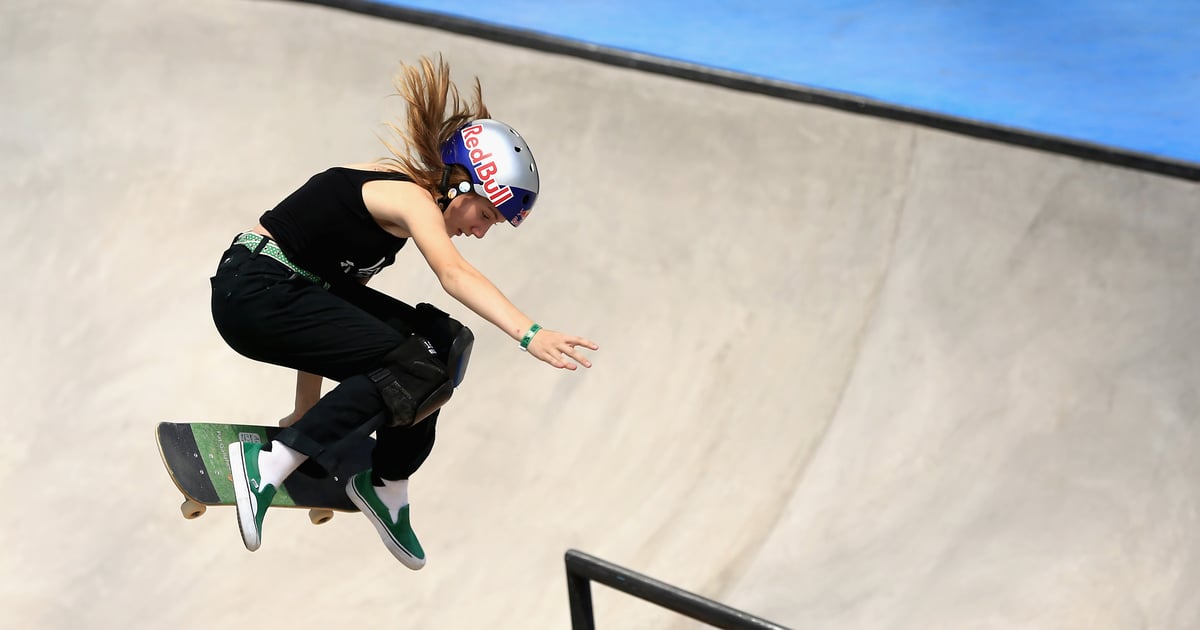 The 2020 Summer Olympics will be here sooner than you know, and one competition we’re excited to watch is skateboarding. This will be the first-ever Olympics to feature the street and park disciplines, and ahead of the Olympics, POPSUGAR sat down with one of the most promising park athletes: Brighton Zeuner.

When she turned 10, Brighton began skating competitively. “That’s when it just clicked for me,” she said. No one needed to force her to get on her board and practice; her passion drove her.

“I love it. Because of skateboarding, I’m kind of who I am. I get validation out of it. It makes me feel human. It’s just a part of me.” She enjoys winning, but she also enjoys being able to express herself through the skills she executes and the clothing she wears. Brighton’s fashion is inspired by Y2K, the early 2000s, and ’90s hip-hop and rap music, she said. “I’d rather stand out and wear my own stuff. When I dress cute, I skate better.”

In the words of Brighton, “Girls skating is badass.” At the end of the day, the level of competition doesn’t matter to her, she said, because “I’m just skating.”