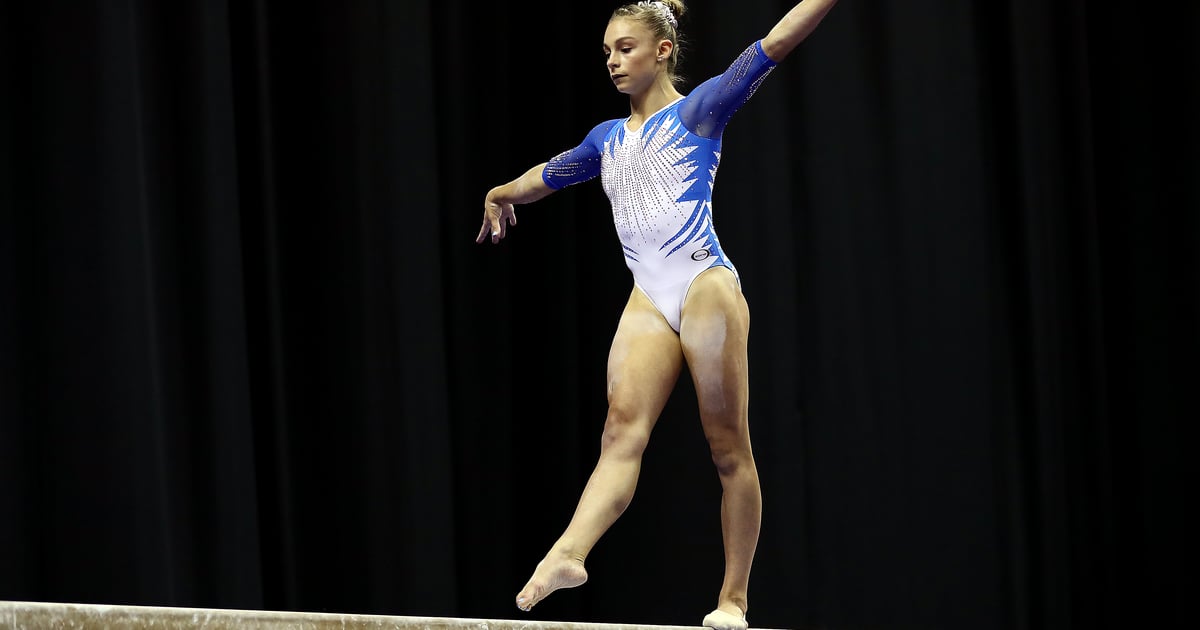 If there’s one thing to know about American gymnast Grace McCallum ahead of the 2019 World Gymnastics Championships, it’s this: you don’t want to underestimate her. Though she’s only 16, this is Grace’s second time competing as a senior at Worlds, and she’s proven that she has what it takes.

Unlike some of her teammates, who first broke through as juniors, Grace really found her competitive edge once she hit the senior competition circuit. At the 2018 Pacific Rim Championships — only her second senior event — Grace helped Team USA earn gold in the team final and individually took home gold in the all-around and silver on vault and floor exercise. After that initial success, she slipped in the rankings at her next competitions but placed well enough at the 2018 US Gymnastic Championships to be named to the team for Worlds, where she brought home gold alongside her teammates, though she didn’t medal in any individual events.

Fast forward to this year. While Grace struggled with falls on the first day of the 2019 US Gymnastics Championships, she recovered on the second day to win bronze in the all-around behind Simone Biles and Sunisa Lee. Ultimately, her showing was strong enough to get her named to the World Championships team for the second straight year, along with Simone, Sunisa, Kara Eaker, Jade Carey, and MyKayla Skinner.

Of course, the 2020 Olympics are only a year away, so the pressure is mounting for Grace and her teammates to earn those coveted spots. For now, though, Grace is focused on taking it one day and one routine at a time. “There will be more pressure with the Olympics next year,” she told the Star Tribune ahead of nationals. “I have to think, ‘I’m just going to do my gymnastics and have fun with it,’ and not overthink anything.” Keep reading to see some of Grace’s competitive highlights!