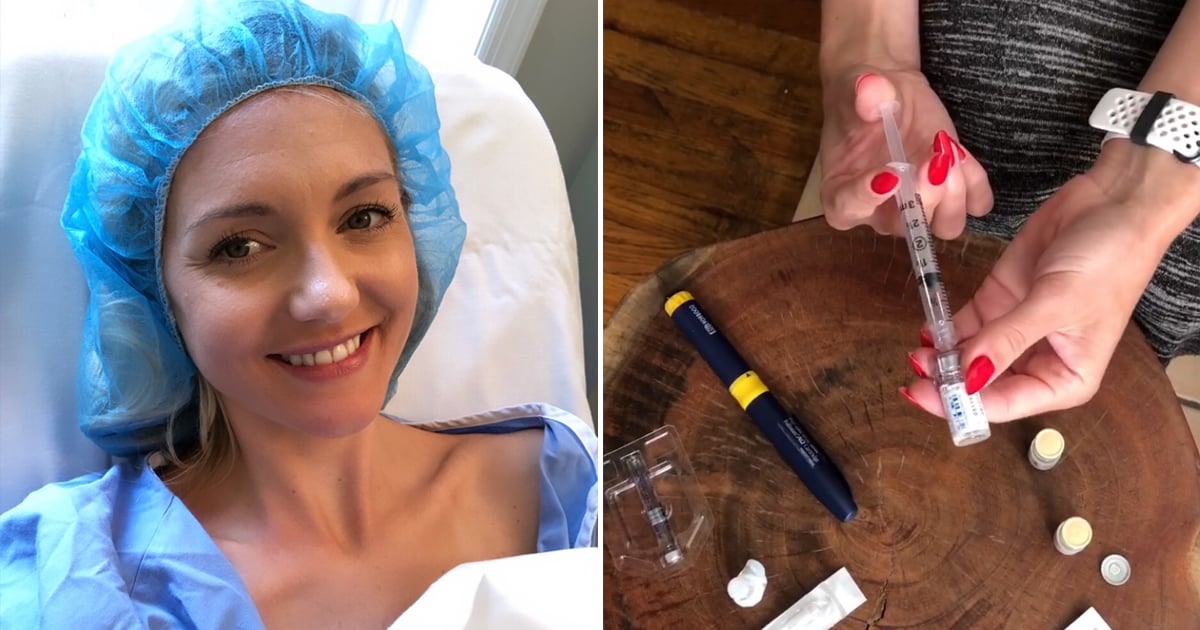 Modern science can be a beautiful thing. It’s given us genetically engineered, plant-based burgers you can pick up in fast-food drive-throughs. It’s helped bring closure to decades-old cold cases through the magic of DNA testing. And most recently for this single lawyer, writer, producer, and host, at the age of 34, it’s allowed me to preserve my fertility by freezing my eggs.

I’m not alone in my desire to have children later in life. More and more women are delaying getting pregnant, for one reason or another. In 2018, the median age of first-time mothers in the US was 26, according to the Pew Research Center. That’s up from 23 in 1994. But while we may be putting off motherhood, women today are also more likely to have children — and have more of them — than in the previous decade. In 2016, roughly 86 percent of women between the ages of 40 to 44 had given birth, and mothers were averaging 2.07 children each, according to census data analyzed by the Pew Research Center. In 2006, those numbers were 80 percent and 1.86, respectively.

While every one of these women has her own reason for waiting, I see my currently childless existence as a product of never quite finding myself in the right circumstances with the right person. I was even married once at the age of 21 to my high school sweetheart, which is “supposed” to be the perfect situation to have a child, at least by society’s standards. But even then, law school and other career considerations aside, I simply wasn’t ready to take on caring for another human. And yet just as resolutely, I’ve always known I wanted to, one day. When my ex-husband and I got unmarried (as I like to call it) at the age of 24, I knew it would be quite some time before I would even think about bringing a baby into this world. That was the first time I thought about freezing my eggs.

From that perspective, you could say freezing my eggs has been a life choice 10 years in the making. I only even knew it was an option because I had heard of friends donating their eggs in college to make ends meet. The egg donation process is exactly like the egg freezing process, except those ladies get paid upward of $5,000-$10,000 per cycle for helping others have a chance at becoming parents. If you’re doing it for yourself as an investment in your own future, the cost of the procedure hovers around $10,000 (give or take, depending on your individual cost of medications), plus several hundred dollars each year for storage, none of which is typically covered by insurance.

When I finally found myself in a position to pull the trigger on something I had wanted to do for so long, I turned to Extend Fertility in Manhattan. I had my first phone call with one of its fertility advisers on Dec. 10 and was in the office for fertility testing one week later. I thought the whole process would take no more than a month or two, then I could rest assured my family planning options would be preserved for the future. Wow, was I wrong. Fast forward through a very big birthday (in the fertility world), multiple rounds of retesting, and a trip out of town that pushed things back an extra month, and my actual egg retrieval procedure didn’t happen until July 21 . . . seven months and 11 days after that first phone call.

Read on and I’ll tell you exactly why I took my sweet time with the process and share with you my thoughts and the advice I got from the doctors at Extend Fertility, every step of the way.